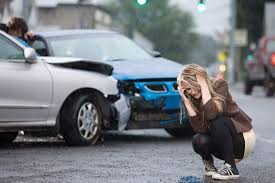 McIntosh Fleming Lawyers, specialise in no win, no fee accident claims, and we guarantee that you keep all of your compensation without any deduction for our charges.Get in touch with Derby Accident Claim Solicitors by e-mailing   gary@derby-lawyers.com or ring us on 0800 1712215 .

The claimant slipped and fell while disembarking from a river cruising boat. She sustained a displaced intra-articular comminuted fracture of the right patella. She was detained for four days in hospital. Following open reduction and internal fixation, she was given early active mobilisation. She was treated as an out-patient with physiotherapy until eight months post-accident. She returned to work three weeks after the accident, and was taken by car to and from home by her husband. She had to cancel a winter holiday she had booked with her husband. The operation had left a broad, ugly 15 cm scar on the front of her knee, but this had faded by the date of the trial and was not cosmetically distressing. However, the metalwork was not removed from her knee and was visible through her skin. She gradually recovered movement in the knee from 0° to 115°. Before the accident the claimant had been very fit and her principal pleasure had been hill walking throughout Britain and abroad. She was accustomed to walking over 15 miles per day over rough country. By the time of the trial her condition had improved such that with the assistance of two walking poles she could walk up to eight miles over modest gradients, although this caused considerable pain. She could not run, kneel or squat. She experienced pain on getting up from chairs, walking up steep stairs and down any stairs, getting into and out of a car and prolonged sitting. No further improvement in her condition was expected. It was probable that within 5-10 years of the accident she would develop osteoarthritis of the knee, and would have a severe disability in going up and down stairs and an inability to walk down anything more than a slight incline. She would experience pain if driving her car for more than 20 to 30 minutes, and would no longer be able to undertake any hill walking activities. General damages £28k.

The claimant, while employed by the defendant, slipped on some mud and fell to the ground, grazing her right elbow and injuring her right shoulder. She was taken to hospital, where x-rays revealed no bone injury. She was allowed home with a sling and a supply of painkillers, but continued to experience pain in her right shoulder. She was advised to exercise and was subsequently referred for physiotherapy. She took six weeks off work. She had an injection in the shoulder, but this did not alleviate her symptoms. At around 17 months post-accident, she underwent a right shoulder arthroscopy and subacromial decompression. The diagnosis following this procedure was of an impingement of the superior cuff. She was absent from work for a further eight weeks as a result of the procedure. On returning to work, she coped reasonably well, although she experienced discomfort in the shoulder if she jarred it while in crowded areas. At around three years post-accident, she continued to experience problems in the shoulder, particularly when she was carrying out activities. The shoulder ached in bed at night and the pain disturbed her sleep. She could not lie on her right side and found it difficult to get dressed, particularly when trying to reach up behind her back. She also experienced difficulty with housework. However, she managed most activities and was managing to continue in her job. An examination around this time revealed tenderness around the subacromial bursa and particularly the acromio-clavicular joint. There was slight limitation of movement in the right shoulder, with a painful arc of movement from 80° to the end of the range. She experienced pain when stressing the acromio-clavicular joint. An ultrasound scan suggested a rotator cuff tear with degenerative change in the acromio-clavicular joint. The expert medical evidence, which was accepted by the judge, was that there were continuing problems related to the acromio-clavicular joint and possibly the rotator cuff tendon. There were degenerative changes in the joint and cuff that had undoubtedly pre-existed the accident, which had accelerated the pre-existing condition by between 5 and 10 years. There was some possibility that the claimant might benefit from further surgical treatment in the form of excision of the acromio-clavicular joint, but following this type of surgery she would be likely to experience permanent weakness and discomfort in the shoulder, particularly when undertaking strenuous activities.General damages £13k.

The claimant was crossing a road with her parents when her foot slipped into a 4 inch-deep trench full of water, which had been inadequately fenced off by the defendant, causing her to fall. She sustained minor grazes and bruising to her left hip and left calf, which did not warrant medical attention. She was very upset by the incident, and her day trip to London was ruined. The physical injuries and shock of the incident settled within two to three weeks. The claimant remained apprehensive of road works for a few months before making a full recovery.General damages £1k.

The claimant was walking across a pelican crossing when she tripped and fell as a result of a pothole in the road, injuring her left foot.

The claimant sustained a soft tissue injury to her left foot and fifth metatarsal. She suffered pain, swelling and deformity of the foot, which was treated in a crepe bandage for 10 days. The foot was extremely painful for a week and the claimant was unable to weight bear. She limped for two weeks after the injury and it was a month before the pain had fully resolved. General damages £2.7k.

The claimant was playing in a playground and had jumped off a yellow triangle, landing on a concrete edge and injuring her right wrist. She sustained a buckle fracture of the distal radius of the right wrist that settled within three months. The fracture was treated in a below elbow cast that was retained for two weeks. No deformity was said to be present and no pain or tenderness over the bone and she had a good grip in her right hand. The claimant fell again on 14 June 1999 and sustained further injury to her right wrist and any continuing symptoms were due to that second fall. General damages £5.5k.

The claimant was cycling along the road when her bike went into a hole and she was thrown over the handlebars. Her front teeth were broken and her lip was gashed. She required a bridge-type denture to replace the missing teeth. This would need replacing every 15 years.

The claimant was a young girl who lost her front teeth. She was extremely self-conscious about smiling until the teeth were replaced. She received an award of £9,000 for general damages, £6,500 for future treatment and £254.99 for glasses. General damages £12.5k.

The claimant was in the restaurant when she slipped on a wet floor that had been recently cleaned. There were no signs warning her of the wet floor.

The claimant sustained a soft tissue injury and bad bruising to her right knee. She suffered with persistent pain in the knee for three months. During this time the claimant required care and assistance. Full recovery was anticipated within eight months.General damages £3k.