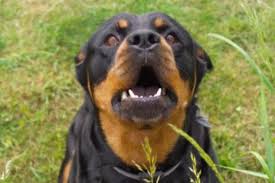 McIntosh Fleming Lawyers, specialise in no win, no fee , Derby accident compensation claims, and we guarantee that you keep all of your compensation without any deduction for our charges.

Accidents involving animals fall to be considered under the Animals Act 1971 (AA 1971) and at common law.

As stated, liability under the Act for injury caused by animals of a dangerous species is strict (s 2(1)), requiring neither proof of negligence nor knowledge of the characteristics of the animal. By section 6(2) of the Act, a species is ‘dangerous’ if it is not commonly domesticated in this country and when fully grown may cause damage that is severe, unless restrained. Lions, tigers and bears would satisfy this test which is decided as a matter of law.

Liability under the AA 1971 for injury caused by animals that are not of a dangerous species is not strict unless the provisions of s 2(2) of the Act are satisfied. The provisions are as follows:

If liability is then established under s 2(2) of the Act, proof of negligence is unnecessary although it is common (and certainly prudent) for the claimant also to allege negligence .

Although the House of Lords in Mirvahedy v Henley resolved a long-running issue by deciding that the keeper of an animal was strictly liable for damage resulting from behaviour which was not abnormal for an animal of the species in particular circumstances, other arguments remain. In recent times, the Court of Appeal has considered the link between the subsections of s 2 in Bowlt v Clark, what is meant by the term ‘normal’ in Welsh v Stokes, and the definition of the characteristic for the purposes of subsection 2(2)(b) in McKenny v Foster.

The liability pursuant to the statute is that of the ‘keeper’ who is the owner of the animal, or has it in his possession or is head of the household in which a member aged under 16 owns or possesses it.