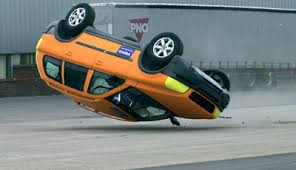 McIntosh Fleming Lawyers, specialise in no win, no fee accident claims, and we guarantee that you keep all of your compensation without any deduction for our charges.Get in touch with Derby Accident Claims Solicitors by e-mailing gary.dickie@btinternet.com , or ring us on 01332 518135 .

The Motorist’s Standard of Care

At common law, all those using the highway ‘must show mutual respect and forbearance’ so that it is the duty of the user to take reasonable care to avoid causing damage to others using or being present upon the highway. The user however, is not entitled to assume that others will necessarily abide by that requirement. On the contrary, it has been held that drivers should ‘anticipate folly in all its forms’.

The standard of care required is the same objective standard which makes no allowance for the inexperience of the driver concerned. For this purpose, while breach of a provision of the Highway Code is not in itself conclusive proof of negligence, it may ‘be relied upon by any party … as tending to establish or to negative any liability which is in question in … proceedings’. While negligence always remains a question of fact in each individual case, it is suggested that it is good practice to plead any breaches of the Highway Code in the particulars of negligence as these are likely to be relied on at trial.

The principle of res ipsa loquitur (‘the thing speaks for itself’) may appear in pleadings concerning road traffic accidents. Pleaded far more often than it is established, the maxim is appropriate where, without further explanation, the facts indicate negligence. If a court is persuaded that the maxim applies, then the evidential burden passes to the other party to disprove negligence. Examples of such circumstances might include where a burst tyre caused the accident, or where a vehicle collides with a pedestrian on the pavement, or where a violent skid occurred. If relied upon, res ipsa loquitur should be pleaded.

As a matter of law, when one of the parties to the litigation has been convicted of a criminal offence in relation to the accident, this is admissible but not definitive in a civil claim. However, the fact of a conviction (which must be admitted or proven in the ordinary way by evidence) has the effect of passing to the opposite party the burden of proving that either the conviction was erroneous or otherwise irrelevant to the issues between the parties, either or both of which require positive pleading on the part of the party convicted.

Strictly speaking, the conviction is not conclusive proof of negligence on the part of the convicted Defendant, but is only evidence which if not answered, is likely to lead to that inference. In practice, given that criminal charges must be proven beyond reasonable doubt, its evidential value is high and a conviction will normally determine primary liability. It follows that a party will invariably wish to rely upon a relevant conviction and so it should be pleaded.

All of the usual common law defences apply to actions in negligence for road traffic accidents. Volenti non fit injuria however, is unlikely to arise outside cases in which the claimant has accepted a lift from a drunken driver because it requires proof that the claimant both consented to the risk of injury and accepted that if it materialised, he would have no claim. Contributory negligence, if relied upon, must be pleaded and proven, with proper particularity. Failure to wear a seat belt is a common plea and, if established, damages are likely to be reduced in accordance with Dening M.R’s guidance in Froom v Butcher. In common with pleading any Defence, if the defendant wishes to advance a positive case at variance with the account of the claimant, he must plead it explicitly.