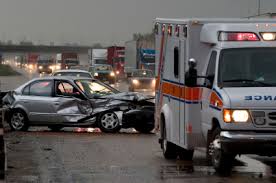 McIntosh Fleming Lawyers, specialise in no win, no fee accident claims, and we guarantee that you keep all of your compensation without any deduction for our charges.Get in touch with Derby Accident Claims Solicitors by e-mailing gary.dickie@btinternet.com , or ring us on 01332 518135 .

With effect from 19 January 2003, a new direct right of action against an insured defendant’s motor insurer is available under regulation 3 of the European Communities (Rights against Insurers) Regulations 2002 (EC(RI)R 2002 ). However, this statutory right only arises where there is an existing cause of action against an insured defendant. It does not replace the need to establish the traditional cause of action, but is an ancillary remedy.

The new right is subject to a number of restrictions:

The direct right of action is consistent with the reality of everyday practice in which road traffic insurers assume a lead role in the investigation and negotiation of claims. However, although it may appear to offer an alternative, more direct method of pursuing a claim, it will be recalled that it is only a supplemental right. The primary cause of action must still be established and so must be pleaded. If there is doubt about entitlement to invoke the direct right of action, the safe course is to proceed conventionally against the insured driver, at least in the alternative.

In defending a direct right of action claim, an insurer may rely on any defence that its insured could plead against the defendant. Under the regulations, the insurer is only liable ‘to the extent that he is liable to the insured person’.

Furthermore, an insurer can avoid liability under the direct right (as distinct from the primary liability of its insured), if it can show that one or more of the criteria set out above are not satisfied. For example, an insurer might argue that the insurance policy was void. If acting for the claimant, the defendant’s motor insurer should be asked either to concede the applicability of the direct right, or explain any defence on the issue within the pre-action protocol period. Needless to say, if the insurer has a legitimate defence to the new direct right, then the claim will proceed against the defendant driver responsible, without inclusion of the insurer as a co-defendant.

Although the statutory restrictions on some contractually imposed exclusions of liability under s 148 of the RTA 1988 still apply, the protection afforded by s 152(1)(c) to (2) does not apply to the direct right of action against a motor insurer. Accordingly, it is conceivable that a claim might succeed under the common law where it fails under the new direct statutory right of action (where, for example an insurer has cancelled the policy but has failed to comply with s 152(1)(c)). In the circumstances, care should be taken to ensure that notice of commencement of proceedings under s 152(1)(a) is served on the insurer in every road accident claim where an insurer has been identified and the driver responsible is to be a party to the proceedings. This said, it is possible that the direct right of action may rescue the claimant where a s 152 notice has been overlooked.

Where a motor insurer has made a clear admission as to its contingent liability under regulation 3 of the EC(RI)R 2002, then it may be more expedient and cost effective to proceed against the insurer alone. In these circumstances and for the purpose of establishing liability, the Particulars of Claim need simply refer to the negligent actions of the driver responsible (as opposed to naming him as a party), allege the facts and matters relied upon to establish the direct right of action against the insurer/defendant, and refer to the insurers’ admission before proceeding to specify the loss and damage sustained thereby. In such a scenario, the tortfeasor is relegated to a mere witness.