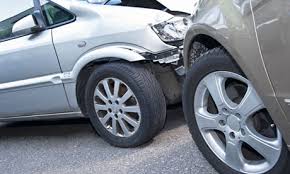 McIntosh Fleming Lawyers, specialise in no win, no fee accident claims, and we guarantee that you keep all of your compensation without any deduction for our charges.Get in touch with Derby car accident claim lawyers by e-mailing gary.dickie@btinternet.com , or ring us on 01332 518135.

The claimant sustained a whiplash

injury in a motor accident. For 10 days he suffered, for most of the time, pain in the back of his neck and shoulders.

The pain was intermittent thereafter and was associated with the claimant waking up and activities such as driving for 20 minutes or more and lifting objects at work. He consulted his doctor some days after the accident and was prescribed a course of non-steroidal anti-inflammatory analgesics.

The claimant had no time off work but, following the accident, he was unable to enjoy his hobby of ten-pin bowling, an activity at which he had represented his county and had been considered for the national youth team. The medical evidence was that he would be able to resume bowling six to eight weeks after the accident, but he made no attempt to do so. He was able to play football after four weeks. The symptoms had been improving constantly over eight months, after which any residual problems had completely cleared up. General damages £2,319.27.

The claimant sustained a whiplash

injury in a head-on road traffic collision. He attended the casualty department of the local hospital, where he was provided with a cervical collar that he wore for one week. He saw his doctor five days after the accident and was provided with a medical certificate authorising a week’s absence from work.

He described his neck pain as being moderate for two days and mild and intermittent over the following month.

He had discomfort when lying in bed, driving a car and while at work. He had no associated headaches but was upset and shocked. His sleep was disturbed for two nights with recurrent intrusive thoughts of the accident and he was anxious for two weeks when travelling in a car. When assessed four months after the accident, he had had no physical symptoms in the preceding three months and had made a full psychological recovery. Clinical examination of the cervical spine was normal.

The judge noted that the claimant was of a stoical disposition but that the accident had been an unpleasant experience. General damages £1,449.55.