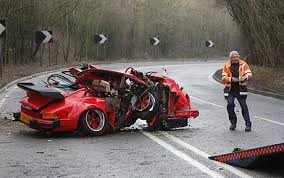 McIntosh Fleming Lawyers, specialise in no win, no fee accident claims, and we guarantee that you keep all of your compensation without any deduction for our charges.Get in touch with Derby car accident claim lawyers by e-mailing gary.dickie@btinternet.com , or ring us on 01332 518135.

The claimant was a rear-seat passenger in a black hackney cab that was in the process of stopping at traffic lights when it was struck from behind by a car. She was thrown forwards and backwards but did not bang any part of her body inside the vehicle. She was wearing a seat belt at the time of the impact. She sustained soft tissue injuries, particularly to the left paravertebral muscles. Following the accident the claimant developed pain in the left side of her neck, the left side of her back and her left thigh. She attended hospital, where she was examined and painkillers were prescribed. No x-rays were taken. The pain eased off after one week but she remained symptomatic at the time of the settlement. Her residual symptoms were of pain on bending, turning over in bed and lifting. Lifting her 18-month-old baby also caused pain in her back. She had intermittent sleep disturbance and woke during the night with back pain most nights. General damages £2,397.55.