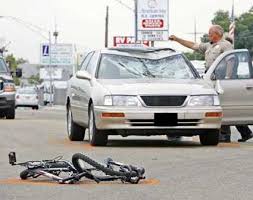 Z, a boy aged 7 at the date of the accident and 10 at the approval hearing, suffered minor neck pain as a result of a rear end shunt road traffic accident. He was sitting in the rear of the vehicle in a child booster seat at the moment of impact. He hit his head on the headrest as a result. Z was upset and tearful immediately after the impact. He was taken to Northwick Park Hospital Accident & Emergency Department, where he was examined and reassured. He woke up a few times per night for a few nights after the accident. He also suffered from slight discomfort in the back of the neck from the impact with the headrest. His mother gave him paracetamol and Nurofen. He did not have any time off school and continued with his normal activities. On examination approximately 3 months post-accident, Z was found to be symptom free. The medical expert was told that Z had fully recovered after about 10 days post-accident and found that on the balance of probabilities this was likely to be the case. General damages £751.57.

C, a boy aged 13 at the date of the accident and 14 at the approval hearing, suffered a whiplash injury to his neck, upper thoracic and lower back as a result of a rear end shunt road traffic accident. He was immediately distressed following the accident. Approximately 2 hours later, he developed moderate to severe pain in his neck, upper thoracic and lower back.  He did not seek medical attention but was given Ibuprofen by his parents for a week. He suffered difficulty sleeping due to discomfort for 2 days post-accident and nightmares for a week. He also suffered headaches, dizziness and nausea for a week. He was absent from school for 3 days and missed PE lessons for a week. C was an elite gymnast who usually trained 23-24 hours per week. He was unable to train for a week and unable to train fully for a further 2 weeks. C was suffering from upper back symptoms at the time of the accident but in a different area to that injured in the index accident. Following the accident, he suffered from symptoms in his neck and upper back for up to 3 weeks. He suffered symptoms in his lower back and buttock area for 3 weeks. He also suffered from passenger anxiety for three weeks post-accident. On examination at 6½ weeks post-accident, C was found to be symptom free. The medical expert was of the opinion that he had suffered a whiplash injury to his neck and back which had resolved fully by 3 weeks post-accident. General damages £1,002.09.