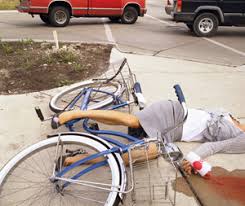 C, male, a company director, who was aged 37 at the date of the road traffic accident and 39 at the date of the trial, sustained a whiplash injury to the neck and psychological trauma, including symptoms of travel anxiety, nightmares and flashbacks. After the accident C was shocked and shaken up by what had happened. He began to develop neck and right shoulder pain and stiffness within a short time of the accident. He also suffered an aggravation of a longstanding low back injury. A day after the accident C attended his GP. He was diagnosed with a soft tissue whiplash injury to the neck and right shoulder and an aggravation injury to a previous low back injury. Painkillers were advised for relief. C’s whiplash and low back symptoms were acute for a couple of weeks after the accident. During this time he self-medicated with painkillers. Although C did not take any time off work he reduced his business hours for a period of 6 weeks because of his physical symptoms. C was unable to attend the gym or play golf for 3 months. C’s low back aggravation injury settled within 6 weeks of the accident. The whiplash symptoms settled within 3 months. In addition, C suffered from flashbacks related to the accident afterwards, along with nightmares. These symptoms persisted for a couple of months before settling and during this time C’s sleep was disturbed. C also became anxious when travelling by car. He became a reluctant driver and passenger. He became apprehensive in circumstances replicating the accident. The symptoms were moderate in nature. The prognosis was for C’s residual symptoms of travel anxiety to resolve within 9 months of the accident. The prognosis was confirmed at trial. General damages £2,004.18.

M, female, an events manager, who was aged 27 years old at the date of the road traffic accident and 30 at the date of the trial, suffered soft tissue injuries to the neck, right shoulder and low back . After the accident M was shocked and shaken up. Within 2 hours of the accident M developed moderate neck pain with stiffness, moderate pain in the right shoulder region with associated stiffness and moderate low back pain. M attended a walk-in centre the day afterwards. She was diagnosed with minor soft tissue injuries and advised to mobilise and use painkillers for relief. The symptoms were at their most acute for 2 weeks after the accident. During this time M self-medicated with painkillers. M was absent from work for a day because of her symptoms, although her ongoing symptoms caused postural difficulties at work for 2 months thereafter, and her partner had to carry out all household chores for a fortnight. M’s sleep was disturbed because of her ongoing symptoms for 4 weeks. M’s neck and low back pain settled after 2 months. Her right shoulder pain was slightly more persistent and settled after 3 months. Quantum was approached on the basis that M had suffered a general whiplash injury. General damages £1,302.72.