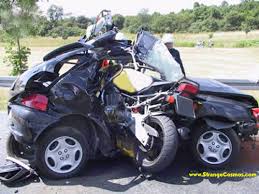 The plaintiff, a male civil servant, was knocked off his motorcycle by a car. He sustained an undisplaced fracture of a pubic ramus, a broken molar and soft tissue injuries to both hands and one ankle. He was also left with small permanent scars on his chin. He remained in hospital for seven days, was off work for three months and was on crutches for a longer period. After returning to work the plaintiff suffered from increased lower back pain. At the date of trial he had a 50% loss of grip in the right hand and a 50% loss of flexion in the lumbar spine, with some restriction of rotation. Both of these conditions were said to be permanent and there was a possibility of degenerative change in the future. After extensive evidence, it was held that the back symptoms were the result of a lumbar scoliosis caused by the accident. As a result, the plaintiff was unable to play football and his main leisure activity of motorcycle riding was severely affected. General damages £20,824.65.

M a boy aged 13 at the date of the accident and 17 at the approval hearing, sustained a whiplash injury to his neck and a soft tissue injury to his lumbosacral spine as a result of a road traffic accident. He was a rear seat passenger in a vehicle which was slowing at a roundabout when it was hit from behind and shunted into the car in front. M also suffered from significant psychological symptoms as a result of the accident. M did not have any treatment at the scene. He visited his GP the next day and was given painkillers. He saw his GP on 2 to 3 occasions. He suffered from moderate neck pain at a level of 5-6 out of 10 in intensity for 2 weeks after the accident. He suffered from lower back pain at a similar level of intensity for 2 to 3 weeks after the accident. His symptoms eased thereafter but continued. He was off school for 2 weeks. He usually played football twice a week and missed this for a period of about a month. M also suffered significant psychological symptoms. He became very reluctant to travel by car because of a fear of reoccurrence and became nervous and shaken when in a car. He also became nervous about crossing roads and needed to be accompanied. As a result his mother began collecting him from school. He suffered from bed wetting about once a week for more than a year after the accident. He had lots of intrusive thoughts, especially when walking along the road, but no nightmares. On examination by an Accident & Emergency consultant approximately 16 months post-accident he continued to suffer episodic pain in his neck once every 1 to 2 weeks which lasted up to half an hour. His lower back symptoms had improved but he experienced some discomfort when doing a lot of physical activity such as playing football. He was also suffering from occasional headaches. The medical expert recommended a short course of physiotherapy and anticipated a full recovery with treatment within 2 years post-accident. On examination by a child psychiatrist approximately 2 years 1 month post-accident M was found to have developed an anxiety disorder with post traumatic features. The medical expert was of the view that this was mild to moderate in severity but was handicapping, particularly because of the inability to cross the road unaccompanied. He recommended treatment in the form of around 8 sessions of behavioural cognitive therapy. At the hearing approximately 3 years 10 months post-accident M confirmed that he had seen a physiotherapist for between 6 to 10 sessions. He had also seen a psychologist but could not recall how many times. He confirmed that he had fully recovered from his physical and psychological symptoms at approximately 2 years 10 months post-accident. General damages £6,012.53.