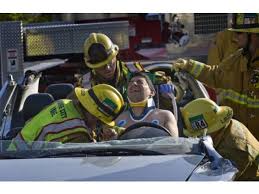 McIntosh Fleming Lawyers, specialise in no win, no fee accident claims, and we guarantee that you keep all of your compensation without any deduction for our charges.Get in touch with Derby road traffic accident claim lawyers by e-mailing gary.dickie@btinternet.com , or ring us on 01332 518135 .

The claimant sustained a whiplash injury affecting her neck. She attended her local hospital a day after the accident and was prescribed anti-inflammatory drugs. Two months after the accident the claimant took three months off work due to difficulties with stretching and lifting. She was also affected by headaches and experienced nervousness when travelling in a motor car. Additionally, the claimant’s sleep was disturbed and she found herself being woken by neck pain in the night. Sixteen months post-accident the claimant gave birth to a son and found that it was painful to lift him due to neck strain. She was unable to play with her son as she would have wished to. Her symptoms were described as minor but permanent and were described by the claimant as a nuisance. Her neck movement was restricted to 80% of normal. Her daily activities were affected and, notably, she was unable to do her shopping without the help of her husband or daughter. She was also unable to carry out much housework and found vacuuming stairs and doing the laundry impossible. The claimant’s expectation was that she would continue to experience such restrictions in her daily life indefinitely; however, no claim for future loss was pursued. The claimant was unable to pursue her pre-accident hobbies of weight lifting and cycling. General damages £10,460.76.

The claimant sustained a whiplash injury to the neck as a result of a road traffic accident. The trial judge described the impact of the vehicles involved in the accident as being of low velocity. The claimant felt pain in her neck immediately and vomited when she returned home. She went to her GP the following morning and was provided with a cervical collar. The claimant continued to suffer from pain and stiffness in her neck, muscle spasms, loss of power and paraesthesia in the upper right limb with headaches and bouts of nausea putting her in bed for two to three days at a time. The claimant underwent courses of physiotherapy, acupuncture, and hydrotherapy, but gained no relief from her symptoms. After two months she left her office job and never returned to work. The claimant was a keen tennis player and horse rider, but had to abandon both of these pursuits. She was restricted in the amount of housework that she could do and continued to take maximum dosages of strong painkillers. The claimant’s symptoms were aggravated by travel or any kind of exertion. The trial judge found that the claimant was suffering from chronic whiplash syndrome. Due to the continuing episodes of pain, discomfort and nausea the trial judge found that the claimant was unemployable in the short term, but because of her strong character, was likely to return to some form of part-time employment in the years ahead, although there was no evidence that she would make a recovery from her symptoms. General damages £35,052.6.