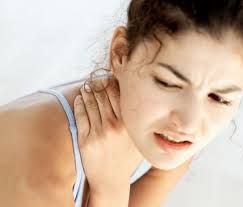 S, female, a student, who was aged 16 years old at the date of the road traffic accident and 17 at the date of the hearing, suffered a soft tissue injury to the low back, a soft tissue whiplash injury to the neck and shoulders and a soft tissue injury to the right hip. Immediately after the accident S’s low back began to hurt. An hour after the accident S developed pain in the neck and across both shoulders. In addition, S experienced pain across her right hip. Due to the persistence of the physical symptoms S attended hospital. She was diagnosed with soft tissue injuries to the low back, neck, shoulders and right hip. No treatment was recommended. S was advised to self-medicate with painkillers. The pain in S’s low back region was constant for 2 weeks. During this time S experienced difficulty walking, bending and sitting down. She self-medicated with Paracetamol. After the initial fortnight, S’s low back pain began to improve. The symptoms became more intermittent. On examination approximately 3 months after the accident S reported that her low back symptoms were ongoing, but were intermittent in nature. S’s low back tended to be stiff for 30 minutes when she woke up in the morning and her symptoms could be exacerbated by sitting down for more than 1 hour.

The injury to S’s neck and shoulders improved rapidly before settling after 3 weeks. S’s right hip was sore for 2-3 days after the accident before resolving completely. For a fortnight S’s sleep was troubled due to the ongoing pain and discomfort that she experienced. S was unable to attend the gym for a month and her social life was disrupted for 2 weeks.

The prognosis was for S’s residual low back symptoms to settle within 5 months of the accident. This was borne out at the hearing when she was awarded £2300.00.