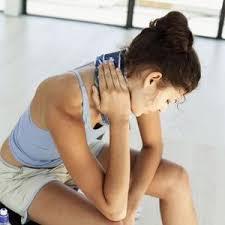 The plaintiff was driving on the M5 at 70 mph when he was deliberately hit side-on by another motorist due to road rage. As a result of the impact, the plaintiff was thrown sideways but was fortunate not to lose control of his car. He sustained a whiplash injury to the neck and right shoulder and suffered a psychological reaction of situational anxiety of driving in the aftermath of the accident. He had been unable to play with his children, especially when activities involved bending over or kneeling or crouching. He made a full recovery within six months. Award £1250.

The plaintiff was one of two passengers in a taxi driven by the defendant. As they got into the taxi the defendant reversed at speed into a parked vehicle. The plaintiff had not had the opportunity to put her seat belt on. She sustained a whiplash injury to her neck, which resolved five months after the accident. She also sustained a soft tissue injury to her lower back. The pain was most severe for the first two to three weeks post-accident. She had a previous history of lower back pain, which the accident aggravated. She also suffered a psychological reaction following the incident, in the form of tension or nervousness when in a car or taxi. She made a full recovery within five months of the accident. She was absent from work for two-and-a-half weeks following the accident. Award £1,256.71.

The plaintiff, a teacher, sustained a moderate whiplash injury to her neck and right shoulder after being involved in a road traffic accident on the motorway. She was in immediate pain and took paracetamol. She was examined by her GP 16 days after the accident and was suffering from right shoulder and neck pain, pain in the right knee and tenderness of the right deltoid and trapezius muscles. She initially suffered disturbed sleep and took a few days off work before the school summer holidays began. She suffered total incapacity for four days and had her school not broken up for the summer, she would have been off work for three to four weeks. She received eight sessions of physiotherapy, which initially caused the pain to worsen but then to improve. Two months post-accident her knee pain resolved. After 11 months she still suffered neck pain, an inability to drive long distances, and found it virtually impossible to carry shopping bags. She regularly took paracetamol. Her prognosis was that her symptoms would continue for up to three years. At the assessment of damages hearing the district judge found that the plaintiff’s inability to lift heavy objects, such as a vacuum cleaner and books at school, had impacted significantly on her social, domestic, sporting and work lives. She was unable to exercise in the gym, play tennis or do any gardening, and she visited the swimming pool only for its therapeutic effect (the warm water helped her shoulder pain). She remained apprehensive about driving in traffic, especially on the motorway and had given up her teaching job so that she could teach closer to her home. There was no guarantee that she would derive the same fulfilment from her job in the future. Award £6500.