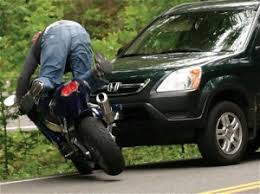 The claimant was a passenger on a motorcycle that was struck by the claimant’s car. He was flung from his motorcycle and collided with the bonnet of the car. He sustained a laceration to the scrotum that required seven sutures. This was accompanied by scrotal swelling. The medical expert was of the opinion that the period of two months the claimant took off work was reasonably attributable to the accident. On examination at three years post-accident, the claimant was suffering from a retraction of the right testis and complained of pain when lifting. Once retracted, the testis required massage to return to its usual position. Retraction occurred most frequently in cold weather and during sexual intercourse, and had not occurred prior to the accident. The prognosis was that the condition would be permanent without surgical intervention, which the claimant did not wish to undergo. It was reckoned that the pain induced by lifting would resolve in time. General damages £3,174.96.

The claimant was involved in a road traffic accident in which he was knocked off his motorcycle by the defendant’s vehicle and catapulted into the roadway. He was very dazed and distressed. He attended hospital, where an x-ray was taken revealing that he had sustained a fracture of the fifth metatarsal bone of the left foot. He was put into a plaster cast, in which he stayed for between four and four-and-a-half weeks. He used crutches during this time and his weight-bearing abilities were very limited. Once the plaster cast was removed he returned quickly back to normal. Initially his chest and left leg were also very bruised and painful after the accident. The bruising settled within two weeks. The claimant was absent from work for 10 days as a result of his injuries. General damages £3,807.94.

The plaintiff was thrown from his motorcycle n a road accident. He sustained grazing to his hip and severe bruising to left arm, which healed in about two months. He later developed symptoms in the back of his left shoulder. Medical evidence accepted at the trial linked this to the accident and suggested that there should be full recovery within six to eight years. When examined three years after the accident, he had pain on internal rotation but otherwise no restriction in function. At trial the plaintiff still had pain when raising his arm above head height or upon lifting heavy objects. He had been unable to return to  motorbike riding, which had been his great passion, due to the discomfort in his shoulder caused by vibrations. General damages £6,414.44.