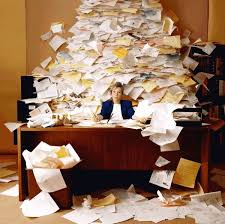 McIntosh Fleming Lawyers, specialise in Derby no win, no fee claims, and we guarantee that you keep all of your compensation without any deduction for our charges.

Breach involves answering two central questions favourably to the employee: first, that the employer knew or ought to have known of the risk (often called ‘foreseeability of injury’) and second that, in the light of the magnitude of the risk which he should have or did appreciate, he failed to take reasonable steps to avert it. The magnitude of the risk is a combination of the severity of an injury if it should occur and the likelihood of its doing so—such that on normal employers’ liability principles a small risk of a life-threatening injury is of great magnitude, yet a considerable risk of a slight injury is less so. On this last point, courts have treated the magnitude of the risk arising out of destructive occupational stress as relatively large.

Foreseeability in respect of whether it is safe to ignore a risk, and insofar as it involves an inquiry into whether a risk exists, is to be determined in an individual case. It cannot be said that simply because a given percentage of the population as a whole will succumb to the ill-health effects of workplace stress, a given individual will. However, the starting point for the individual assessment will always be the general position. If in general (for instance) long hours are associated with increased ill-health, then (generally) long hours should be reduced by employers, and an individual working long hours should be seen as more credible if he should complain of overwork, or tiredness, or pressure from the amount of work he is doing. The extent to which employers should know (even if in fact they do not) of risks both in general and in particular must be assessed by the court, which should take into account the fact that since 1 January 1993 the Management of Health and Safety Work Regulations 1999 (originally 1992) have required most employers to carry out a ‘suitable and sufficient’ assessment of the risks associated with the work of their employees.

Expert evidence will be relevant and admissible in order to deal with the question of what a reasonable employer should have known about the risks of occupational stress. The employer will be expected to have kept abreast of recent guidance (as Stokes v Guest, Keen & Nettlefold advises). Employers are under a duty to appoint a competent person to assist them in compliance.

If a failure to take reasonable care to meet foreseeable risk is identified, and hence a breach of duty is established, the question arises whether that breach has caused any damage. It is insufficient that ‘the work’ should have caused the injury, or ‘the workload’, or a failure to supervise: that establishes nothing about whether it is the fault of the employer that the work, or workload, or failure(s) that causes the injury, and it is this latter which is essential before a cause of action can be made out in respect of that breach. Since in tort and most contract claims it is necessary that there should be a recognised psychiatric injury or illness, medical evidence will normally be required to establish this. Care should be taken that what is truly attributable to a breach, as opposed to work more generally, is identified. In a case where, for instance, the allegation is one of unreasonable workload, it must be established whether a breach of the employer in contributing to, or failing to relieve that workload at least to an extent, has made any difference. Contribution to a psychiatric injury which would have occurred anyway for reasons of non-negligent workload gives rise to no sustainable claim. The rule in Bonnington Castings v Wardlaw , reinforced byNicholson v Atlas Foundry [1957] I WLR 613, HL, and McGhee v National Coal Board [1973] 1 WLR 1, HL (that it is sufficient to show that a breach contributes to an injury) (recently reaffirmed in the context of clinical negligence in Bailey (by her father and litigation friend) v Ministry of Defence [2008] EWCA Civ 883, [2009] 1 WLR 1052) does not assist a claimant where it appears that the injury would have been just as bad, just as early as happened irrespective of the contribution made by the consequences of the breach. However, it often transpires that medical experts will accept a degree of worsening, or acceleration, caused by the breach. This is sufficient for liability, but will have an impact when quantum is considered, since a contribution to exacerbating or accelerating the onset of an injury which would probably have occurred anyway demands less compensation both for pecuniary and non-pecuniary loss.