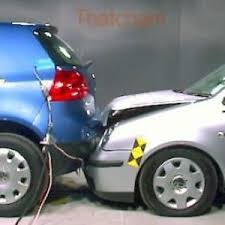 Whiplash injuries sustained by the claimant in a motor accident caused pain to his back neck and head. In addition to medical evidence from a rheumatologist, a psychiatric report confirmed that the claimant had suffered mental state problems in the form of post-traumatic stress, post-traumatic anxiety, post-traumatic depression and post-traumatic stress disorder. His psychiatric symptoms persisted over a period of 18 months, during which he experienced major changes in his perception of life and his interaction with others, most particularly with his family, who described the claimant’s irritability, anger and difficulty in concentrating, which were all part of his post-traumatic stress. This period was associated with loss of personal judgement and of self-confidence, and was complicated by loss of confidence in his professional ability and career uncertainties. The prognosis was that his mental state disorder would persist for about 6-12 months and that there was a possibility of a degree of long-term disability. The claimant had suffered some psychiatric problems in his life prior to the accident and medical evidence confirmed that his previous history indicated a somewhat sensitive personality, vulnerable to stress. It was estimated, on the basis of the JSB Guidelines for post-traumatic stress disorder, that the claimant’s injury fell between the moderate and moderately severe categories. The claimant was unable to return to full-time work as a charge nurse for one year as a result of his injuries and considered his nursing career to be over due to his loss of confidence since the accident. He claimed for one year’s loss of earnings as a charge nurse because he believed that, after one year, he would return to work but not to nursing. The gross settlement was for £31,799.72 before recovery of benefits.

The claimant was injured when his vehicle was struck from behind whilst stationary at a roundabout. He suffered a moderately severe lower back strain, a mild whiplash and driving related stress. He had previously suffered from lower back pain, which was almost totally cured at the time of the accident. Following the accident his whiplash caused him discomfort for approximately one week, during which time he took Voltarol, a non-steroidal anti-inflammatory, and was unable to attend his part-time job in a local supermarket. He also experienced moderately severe lower back pain for one month. For a further four months thereafter the pain recurred every couple of weeks, lasting between four and five hours, and made it difficult for him to work and sit in front of a computer for extended periods. By the date of the hearing, the back pain was far less frequent and only tended to recur every six to eight weeks. Following the accident he had become a nervous driver, especially when near HGVs. He also avoided the site of the accident for nearly three months. No specialist medical evidence was available regarding the driving-related stress and it was held that it would not therefore be appropriate to make a separate award under this head. General damages £2,897.34.