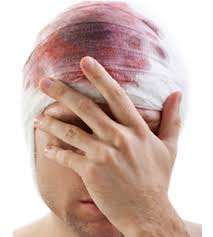 No need for exclusive causation

It is sufficient that the defendant’s wrong is a cause of the clamant’s injury, or a particular part of it. The claimant does not need to go further and show that the defendant’s fault is the sole or only cause of his injury. Put another way, a defendant cannot escape liability merely by showing that the claimant’s loss or damage was also the result of someone else’s wrongful act or some other event. In the context of employment injuries in O’Neill v DSG Retail Ltd  the test applied by the Court of Appeal on causation was whether the defendant’s breach of the Manual Handling Regulations was a cause of the injury. This approach was expressly adopted in Goodchild v Organon Laboratories Ltd . A helpful example arises where a defendant injures a claimant, and negligent medical treatment later makes the injury worse. Unless the medical negligence is so gross or crass as to break the chain of causation, the exacerbation is regarded as resulting both from the original injury and also from the subsequent negligent treatment. Hence both the original defendant and the treatment provider will be liable for it in full, subject to a right of contribution. Similarly, it is not a complete defence for the defendant to show that some other, non-wrongful, factor was also responsible for the claimant’s injury.

Relevance of the employee’s conduct to causation

Often in an employment context the application of the ‘but for’ test relates not only to the conduct of the employer who is the defendant but also to what the employee would have done. The hypothetical question is ‘What would have happened if there had not been a breach of duty by the defendant?’ This is best understood by example. In McWilliams v Sir Williams Arol & Co  a steelworker fell 70 feet to his death. The employers were found to be in breach of statutory duty in failing to provide him with a safety harness, but the evidence showed that the dead man had rarely if ever worn a safety harness even when one was provided. His widow’s claim for breach of statutory duty failed because she could not show that ‘but for’ the defendant’s wrongdoing her husband’s death would have been avoided. This was because of the probability that even if he had been provided with the safety equipment he would not have worn it. This case is unlikely to be followed today, where the regulatory regime generally requires not simply provision of equipment but monitoring of its use and often enforcing its use.

In Henser-Leather v Securicor Cash Services Ltd  Kennedy LJ found that a defendant (having failed to provide personal protective equipment in the first place) was also in breach of its duty to take steps to ensure than it was used. Having taken no such steps, it was not open to the defendant to argue that the claimant might not have worn the equipment if provided. Applying a similar argument in a different situation in Toole v Bolton , a claimant could not be held at fault at all for failing to use the equipment provided when such equipment was unsuitable and would not have prevented the injury.