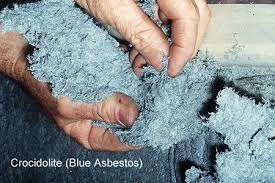 McIntosh Fleming Lawyers, specialise in no win, no fee accident claims, and we guarantee that you keep all of your compensation without any deduction for our charges. Get in touch with Derby Lawyers by e-mailing gary.dickie@btinternet.com , or ring us on freephone 0800 1712215.

Asbestos was widely used to insulate pipes and machinery in order to retain heat and to provide protection against fire. It was used to provide both heat insulation in industrial buildings and fire protection .

It was not until about 1960 that the disease became recognised and related to asbestos exposure. However a claimant will succeed in a mesothelioma action based on earlier exposure if he shows the defendant was in breach of a statutory duty owed to him and that he suffered respiratory disease caused by asbestos exposure, or that the exposure was sufficient to create a foreseeable risk of him suffering from some such respiratory disease.

A claimant suffering from mesothelioma will establish causation against every defendant who is responsible for an exposure to asbestos which is more than de minimis.

Get in touch with expert Derby mesothelioma claim solicitors  by e-mailing gary.dickie@btinternet.com , or ring us on Ring Freephone 0800 1712215. .