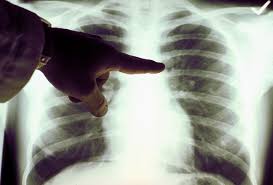 The plaintiff, who was employed by the defendant, was required to handle asbestos products in the course of his employment. After leaving the defendant’s employment, he was unable to work for two years because of undiagnosed ill health. He was later treated for angina, a duodenal ulcer, and for a stroke brought on by his heavy smoking. He also suffered from arthritis of the knee and breathlessness. Having been able to work only intermittently because of his ill health, the plaintiff was eventually certified unfit for work. Eleven years after leaving the defendant’s employment, the plaintiff was diagnosed as having lung fibrosis, although medical evidence suggested that his other complaints would have rendered him unfit for work in any event. At the date of trial, his life expectancy was five years. On the plaintiff’s claim for damages, it was held that because his lung fibrosis was not diagnosed until several years after he had been certified unfit for work, he had failed to establish any loss of earnings. In addition, much of his complaint of breathlessness was due to his smoking, rather than to his lung fibrosis. However, the above award was made on the basis that he was suffering from asbestosis. General damages £49,294.52.

The plaintiff was exposed to asbestos in the course of his employment. He developed pleural plaques, pleural thickening and sub-pleural fibrotic changes, which were diagnosed as signs of asbestosis and which rendered him breathless. In addition, the plaintiff had a restrictive airways condition caused by the late onset of asthma, which also contributed to his breathlessness. His overall respiratory deficit was assessed at 15%. There was a risk that he would develop lung cancer or mesothelioma, and that his pleural thickening and pleural plaques would become worse. Although the plaintiff could continue working, he would be limited as to the work that he could do because of his condition. General damages £42,265.68.