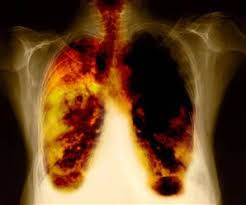 The plaintiff was apprenticed to the defendant builders during the mid-1960s. His duties included cutting asbestos sheeting, in the course of which he inhaled large quantities of dust. In 1992 the plaintiff was diagnosed as suffering an asbestos-caused injury to his lungs. He was assessed as 50% disabled with a 5% risk of lung cancer. He had good days and bad days, but his spells of breathlessness and dizziness could be incapacitating. The judge accepted the plaintiff’s expert’s opinion that the plaintiff would be virtually incapacitated for the last three years of his life. The defendant’s expert’s submission that the period would be more like three months was rejected. The plaintiff’s condition forced him to give up his successful and expanding building business. General damages £65,854.9.

The plaintiff, while employed as a machinist to grind fired beryllium components and turn unfired beryllium on a lathe, was exposed to beryllium dust. The plaintiff developed chronic beryllium disease (berylliosis). His condition was permanent and progressive. He initially experienced breathlessness and chronic fatigue. He commenced oral steroid medication. He had an emergency admission to hospital due to a pneumothorax; his lung had collapsed by 50%. The side effects and condition created a high risk of further pneumothoraces occurring. At the time of the trial he required oxygen therapy 18 hours a day and had a life expectancy of four years. He could drive for two hours but was unable to manage light housework. He could dress himself but was unable to wash his hair. He could walk short distances but was unable to cope with gradients. He had been a keen sportsman, playing rugby for his county and participating in community cricket and rugby teams. His social life revolved around his sporting activities. His ill health had forced him to sell his newspaper distribution business. The plaintiff, formerly a pleasant, relaxed man, had become constantly irritable in his personality, and was liable to ‘snap’ at his family. But for his condition he would have worked until at least 65. He would need increasing levels of professional nursing care, and would suffer a highly distressing death. General damages £94,850.97.