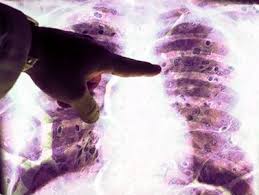 Mc Intosh Fleming have a wealth of experience in litigating high value  mesothelioma settlements.No win, no fee,no deduction-you keep 100% of your damages.

The plaintiff developed mesothelioma as a direct result of being exposed to asbestos dust in the course of his employment during a five-year period in his early 20s.From 1981 he suffered from acute, at first intermittent, chest pains and took morphine at four-hourly intervals. He had become breathless after walking a few yards or climbing stairs. His life expectancy was only a few weeks. He was retired on medical grounds in 1989 and his wife gave up part-time work to devote herself to his care. He was no longer able to enjoy his former hobbies of walking or gardening. Award of general damages £82,851.11. Total award £118,745.00.

was 10%. His risk of developing diffuse pleural thickening was 2%. Because of the reduction of life expectancy due to the claimant’s asbestosis alone, he would be deprived of his state retirement in the lost years. The loss was discounted by two-thirds to allow for accelerated receipt and for the uncertainty of the extent to which, if any, the claimant’s life would in fact be shortened.

The provisional award of damages was assessed as follows: PSLA at £28,000; special damages (out of pocket expenses) at £50; loss of pension, lost years claim at £3,660. The total award including interest was assessed at £32,690.