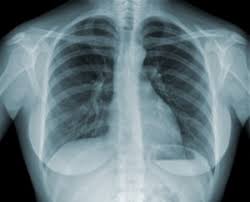 A fitter, aged 60, had worked for 20 years in an environment in which he was exposed to asbestos . The plaintiff was found to have contracted asbestosis. Within a year of the symptoms manifesting themselves, he became progressively more breathless. At the time of the trial his life expectancy was two months. The plaintiff had to give up work and became confined to bed. General damages £44,718.2.

The claimant was exposed to asbestos when employed at a shipyard run by the defendant between 1953 and 1958. He was admitted to hospital in 1995 with pneumonia and in the course of investigations, pleural plaques and asbestosis were diagnosed. He recovered from pneumonia but remained breathless. Total respiratory disability was estimated at 50%, of which 40% was due to hyperventilation and 10% due to asbestosis. The pleural plaques were asymptomatic. A quarter of the hyperventilation disability symptoms were attributable to the claimant’s anxiety at the knowledge that he had an asbestos -related condition and that he risked developing cancer. Thus the hyperventilation disability attributable to asbestos exposure was 10%; total respiratory disability due to asbestosis exposure was 20%. Asbestosis was likely to progress, but it was not possible to say at what rate. The claimant might ultimately have a 40% respiratory disability due to asbestosis. In the absence of asbestosis the claimant would have had a normal expectation of life. If his asbestosis did not worsen, it could reduce the claimant’s life expectancy by one to two years. If the asbestosis worsened, it would reduce the claimant’s life expectancy by three to five years. These estimates of the reduction in expectation of life excluded the risk of the claimant developing an cancer. The claimant’s risk of developing asbestos related lung cancer was 3-5%. His risk of developing mesothelioma was 10%. His risk of developing diffuse pleural thickening was 2%. Because of the reduction of life expectancy due to the claimant’s asbestosis alone, he would be deprived of his state retirement in the lost years. The loss was discounted by two-thirds to allow for accelerated receipt and for the uncertainty of the extent to which, if any, the claimant’s life would in fact be shortened.

The provisional award of damages was assessed as follows: PSLA at £28,000; special damages (out of pocket expenses) at £50; loss of pension, lost years claim at £3,660. The total award including interest was assessed at £32,690.