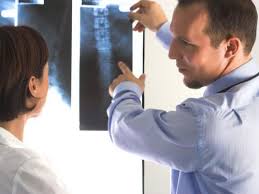 Mc Intosh Fleming have a wealth of experience in litigating high value settlements.

Mesothelioma is a fatal cancer which commonly develops in the pleura, the two membranes which line the lungs, but less frequently in the peritoneum and very occasionally in the pericardium.  There is no cure and it leads to death, usually within eighteen months to two years of the symptoms becoming manifest. The predominant symptom is extreme pain, which often cannot be reduced even by the use of the most powerful drugs.

Following the decision of the House of Lords in Fairchild v Glenhaven Funeral Services Ltd all defendants are liable to a person suffering from mesothelioma for the whole of the damage which he suffered.

However , mesothelioma awards in cases in which the survival time is very short, about 3 months , only attract awards around £13.5k.

It was estimated that the number of deaths from mesothelioma would peak at a little over 2,000 a year in 2010.