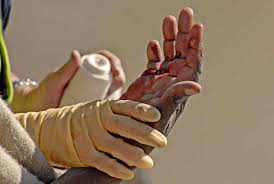 The claimant was driving his private taxi during his employment when another vehicle collided with his. He was thrown forwards, being restrained by his seat belt, and then thrown back into his seat.

The claimant sustained a significant whiplash injury to his neck. He suffered from constant and severe pain in his neck for four weeks following the accident and was unable to work for five weeks. The pain in the base of his neck reduced with the input of physiotherapy. He made a full recovery within 18 months. General damages £3,831.16.

The claimant sustained a whiplash injury to her neck and back in a road accident. She was badly shaken by the collision and suffered immediate pain in her neck and back as a result of the soft tissue injuries. She attended hospital and was discharged with analgesics. She had four days off work and attended two sessions of osteopathy. Sixteen months after the accident she was still suffering occasional aches in her neck. Her back pain had been a great deal better until she gave birth to a child and suffered a recurrence. She had not taken painkillers for either problem. Three years after the accident her neck symptoms were much the same. Her back symptoms had deteriorated again during another pregnancy. In broad terms, the judge found that the claimant had suffered ‘not too bad an injury which got a bit worse during and after her pregnancies’. The medical reports suggested that she would make a further recovery, but some residual symptoms were likely in view of the period of time that had already elapsed. The claimant also suffered psychological symptoms. She had relived the accident through her dreams for several months and had become extremely upset about the loss of her vehicle. The psychiatric report stated that she had suffered post-traumatic stress disorder for four months after the accident and that she had remained anxious and hypervigilant when travelling in a vehicle. Her enjoyment of car travel had also been diminished. Treatment had been recommended but she had not undergone further counselling beyond the two sessions she had had just after the accident. General damages £6,617.45.

Read more about no win no fee claims Derby