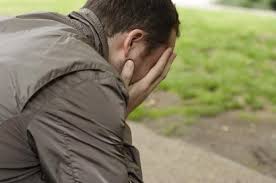 McIntosh Fleming Lawyers, specialise in no win, no fee Derby accident claims, and we guarantee that you keep all of your compensation without any deduction for our charges.

In cases of psychiatric harm, often described as nervous shock, a claimant can, in certain circumstances as delineated by the courts, recover in respect of a recognisable psychiatric illness suffered. Where the claimant suffers the illness as a result of a trauma of being endangered or physically injured, the claimant is referred to as a ‘primary victim’. A ‘secondary victim’ is in contrast ‘no more than the passive and unwilling witness of injury caused to others’. However, whether a duty of care is owed to a ‘secondary victim’ depends on whether psychiatric illness to the claimant was a reasonably foreseeable consequence of the defendant’s negligence. This may often involve the proximity of the claimant to the event. In claims by ‘secondary victims’, in addition to the reasonable foreseeability of psychiatric illness, such claims are subject to special restrictions on policy grounds. In White v Chief Constable of the South Yorkshire Police [1999] 2 AC 455 at 493 Lord Steyn explained the reasons why there was such a restrictive approach to the duty developed by the courts which were essentially policy considerations in respect of the potentially increased group of defendants who have the ‘burden of liability’ and ‘the effect of the expansion of the availability of compensation on potential claimants who had witnessed gruesome events.’ This distinction has led the courts to wish to classify claimants as ‘primary victims’ if at all possible, as happened in McLoughlin v Jones [2001] EWCA Civ 1743,[2002] QB 1312 where Hale LJ treated the claimant as a primary victim who allegedly suffered psychiatric injury as a result of imprisonment by reason of the alleged negligence of his solicitor. This is also apparent from the decisions in Donachie v Chief Constable of the Greater Manchester Police [2004] EWCA Civ 405, (2004) Times, 6 May (police officer) and A v Essex County Council [2003] EWCA Civ 1848, [2004] 1 WLR 1881 (adoptive parents) where, despite the psychological injury not being foreseeable, liability was established on the basis of a duty of care to the victims.