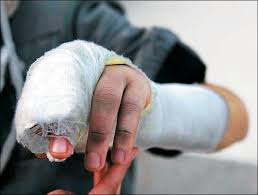 With tripping cases in order to establish liability against the Council, we need to show there was a dangerous tripping point. This usually means a height difference greater than an inch but can be less, for example where the paving slab rocks. Try to take photos with a ruler in or a standing 50p coin to show the height difference.

We also need to show that they should have known about the dangerous paving slab, had they operated a reasonable system of inspection, and they will have to disclose their records about their inspections. In order, however, to anticipate any possible defence that they inspected within a reasonable time period but the defect was not present then and emerged later, so they didn’t know about it at the time of your accident ,  if possibleo obtain witness statements from local residents or shop workers , confirming that the slab had been like that for many months. 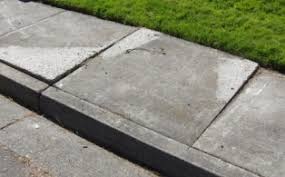 The relevant law is S58 of the Highways Act 1980 which says it is a defence to prove that the authority had taken such care as in all the circumstances was reasonably required to secure that the part of the highway to which the action relates was not dangerous for traffic having regard to the following matters:-

(a) the character of the highway, and the traffic which was reasonably to be expected to use it;

(b) the standard of maintenance appropriate for a highway of that character and used by such traffic;

(c) the state of repair in which a reasonable person would have expected to find the highway;

(d) whether the highway authority knew, or could reasonably have been expected to know, that the condition of the part of the highway to which the action relates was likely to cause danger to users of the highway;

(e) where the highway authority could not reasonably have been expected to repair that part of the highway before the cause of action arose, what warning notices of its condition had been displayed;”