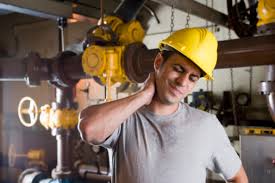 The plaintiff had been exposed on a few occasions to asbestos dust during his employment as an industrial oven dismantler between 1976 and 1985. Exposure occurred during the process of dismantling cladding containing asbestos. The plaintiff’s first symptoms of sudden breathlessness began in April 1991 and progressed relatively slowly in the next eight months. His symptoms progressed more rapidly after Christmas 1991 and at the time of trial he required 120 mg per day of morphine in slow-release tablet form to relieve the pain in his chest wall. His prospects of surviving to Christmas were described as 50%, and his chances of living until the next Christmas were nil. The judge anticipated a requirement of increasing assistance from the plaintiff’s wife during the last few months of his life. But for his condition he would have taken up an offer of work as a driver in April 1991. This would have been his first job for two years. Award £77,417.00

The plaintiff, an industrial radiographer, developed lateral epicondylitis in both elbows (bilateral tennis elbow) as a result of his working conditions. As physiotherapy and injections failed to ease his condition, an operation was performed on his left elbow to release the common extensor origin from the prominence of the lateral epicondyle. A similar operation performed on his right elbow was less successful. After the operations the plaintiff continued to suffer from general weakness in both arms and pain when squeezing and gripping. The injuries affected his ability to carry out his usual activities and hobbies. In particular, he was unable to lift heavy articles, write, and to carry out certain domestic and personal tasks. He was also unable to resume his former employment, although medical evidence suggested that he would make a full recovery within five years. It was also suggested that he could undertake other work in the meantime. Award £72,264.86.