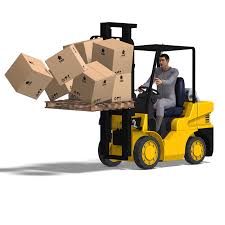 The Claimant was injured in an accident at work

He was lifting a large piece of equipment when he experienced severe back pain. The pain was such that he vomited. He experienced sciatica like symptoms in his leg.

He managed to continue working on light duties for about three weeks but this caused considerable discomfort such that he stopped work He sought treatment from a physiotherapist, an osteopath and a chiropractor. He took strong analgesia. At three months post-accident he was referred to the pain clinic and underwent three epidural injections. When examined by a treating specialist at nine months he was described as being in “crippling pain”. At that stage he had been unable to return to work and required care and assistance with every day activities. He had not returned to his recreational activities. His walking distance was limited to a couple of hundred yards and he suffered sleep disturbance due to discomfort. Prior to the accident save for occasional back ache after heavy work

the Claimant’s back had been asymptomatic.

The claimant had been on work experience and sustained a slight laceration to his right thumb when it caught on a piece of protruding metal. An employee drove him to A&E, where the injury was treated by steristrips and dressing that had to be left in situ for 10 days. When the dressing was removed, the laceration had substantially healed. The claimant could not play cricket for those 10 days but took no time off school. He was left with a slightly raised red scar 8 mm by 3 mm over the dorsal aspect of the metacarpophalangeal joint of the thumb and experienced some cramp and tingling there, particularly, for example, if he had been batting for a long time. The prognosis was for the scar to flatten and become paler within two years of the accident. At the settlement date the scar was pale and barely noticeable from a conversational distance, and the occasional tingling had virtually stopped. Award £1,465.