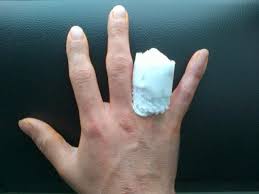 The claimant, aged 58 at the date of the accident on 26 June 1998, sustained a partial amputation of the index finger of his non-dominant hand and asserted, contrary to medical opinion, that he could not return to a labourer’s job that had been found for him at the defendant’s factory. His employment was terminated, following which he became depressed and produced medical reports from a psychiatrist and a counsellor linking his psychiatric illness to the accident and the injury. He sought loss of earnings and care costs on a full multiplier and full multiplicand basis, a total damages figure in the region of £100,000, subject to deduction of CRU benefits. He settled on the basis of two years’ loss of earnings with no care costs being faced, with a Pt 36 payment into court and uncertain medical evidence. General Damages £10,825.81. Total award £50,000.00.

Cable trunking fell from a factory

roof onto the claimant’s back, knocking him to the floor. He landed heavily on his knees. He was taken to casualty with grazes to the top of his left shoulder and the middle of his back. His knees and back were also painful, as was the left side of his ribcage. He had difficulty breathing because of the bruising to his ribcage. He was diagnosed with superficial abrasions and grazes to the back of the left shoulder and the right side of midline lumbar area, and soft tissue contusion and bruising to the left side of the chest wall, as well as a lumbar sprain. For the first few weeks he found it painful to cough, move or sneeze, but had no problems since then. The pain in his knees resolved four to six weeks after the accident as did his back pain. He suffered sleep disturbance for four weeks following the accident.

Following the accident the claimant did not attend university for two weeks and subsequently had further odd days off when his back was particularly sore. He could not resume playing football for six weeks following the accident, nor snooker for three weeks. He made a full recovery within eight weeks of the accident, but he was left with residual scarring that would be permanent. Award £2, 350.