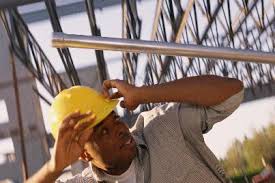 The claimant was employed as an industrial cleaner and in the course of that employment he sustained a significant electric shock when he touched a live mains cable. He was admitted to hospital with nausea and disturbed vision. His left and subsequently his right pupil became dilated. He remained in hospital for 17 days, during which time he suffered a significant seizure. He was discharged when he had physically recovered. He suffered headaches for two months before making a near complete recovery. Six months post-accident he had a further episode of pupillary dilation, for which he was admitted to hospital. A diagnosis of atypical migraine was made. Some four-and-a-half years post-accident the claimant suffered more significant symptoms of pupillary dilation. A pattern manifested itself wherein the claimant suffered a dilated left pupil for some two weeks before symptoms resolved for a further two weeks. He would then develop the same symptoms in the right pupil. It was a continuous cycle. The claimant also felt nauseous. When the pupils were dilated the claimant was sensitive to light and wore dark glasses. The medical evidence from a consultant neurosurgeon was that, on the balance of probabilities, the electric shock injury caused an organic syndrome that was extremely unusual and near impossible to explain. The claimant also suffered a mild reactive anxiety disorder, which was aggravated by fears that his pupils would dilate simultaneously causing more significant visual restriction. The claimant was unable to work due to an unrelated lumbar condition and an application for a Smith v Manchester award was rejected. The prognosis was unclear, although the recent history was of deterioration and it was approached on the basis that symptoms would continue indefinitely. Award £12,789.00.

The plaintiff sought an award for provisional damages from his employer after he developed incurable industrial asthma, some months after the company began using a new epoxy resin paint that was a known respiratory sensitiser. When using the paint, he experienced uncontrollable coughing, sneezing, an irritated throat and nosebleeds. He also developed a skin rash and had bouts of vomiting and sweating. Although his condition improved greatly at weekends and during holidays, he continued to have symptoms when not working. His sleep was disturbed in that he would wake up three times a fortnight. He required heavy medication including steroid inhalants, a nasal topical steroid and a bronchial dilator, and he became sensitised to other household irritants such as cigarette smoke and aftershave. His family and social life was adversely affected. It was necessary for him to change duties at his place of work and to take extra precautionary measures such as the wearing of masks during the course of his work. The plaintiff continued to work despite experiencing discomfort, which consequently rendered his work more strenuous and arduous. Award £41,003.00.