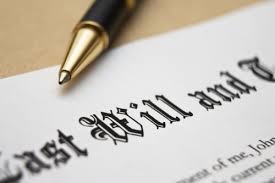 The rules which apply to wills apply also to codicils. A codicil must be executed in the same manner as a will. The term ‘will’ in all statutes and rules includes codicils.
Usually a codicil is proved with the will to which it refers. Where, however, there is a dispute as to a codicil and it is necessary for the estate to be administered without delay, the will alone may be proved provided the codicil does not alter the appointment of the executor(s) named in the will. The executor(s) to whom the grant is made in these circumstances is/are precluded from distributing the estate affected by the codicil until the dispute over the codicil is resolved.
Where a codicil is discovered after a grant of probate has issued in respect of the will to which it referred, application may be made for probate of the codicil alone, provided it does not revoke or alter the appointment of the executor(s) in the will. Where a codicil is discovered after a grant of letters of administration (with will annexed) has been issued, the grant will have to be revoked and a fresh grant of letters of administration (with will and codicil annexed) applied for.
Unless a contrary intention is apparent, a properly executed codicil confirming a will is deemed to republish that will. Thus a codicil redates the will to the date of the codicil. Any document referred to in a will in the future tense which is dispositive may be included if made before a codicil is executed confirming the will . If a will has been improperly executed it is validated by a properly executed codicil which refers to it. Where a codicil which amends the terms of the will to which it refers is subsequently revoked by another codicil, such revocation does not revive those parts of the will which were amended, unless the further revoking codicil specifically revives them. The revoked codicil should be submitted for proof with the other testamentary documents. If it has been destroyed, it may be admitted to proof as contained in a copy or reconstruction. The Registry will notate the will and codicil as to (partial) revocation and that the codicil is only a copy.

Read more about codicils in probate in derby.