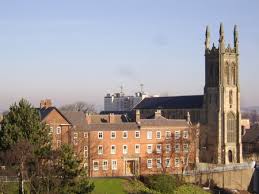 Where a codicil refers to a will executed earlier than the will now sought to be proved, there must be a clearly expressed intention to revive that earlier will. If the codicil does not itself express the intention then clear evidence of the intention to revive must be obtained before the earlier will and codicil may be accepted to proof. If the intention to revive is made out the earlier will and codicil will be proved, the codicil redating that will. If the earlier will contains a revocation clause then the later will is revoked by virtue of the codicil republishing and redating the earlier will. In Hoare Trustees v Jaques [2008] EWHC 2022 (Ch), the testatrix had made a will and a first codicil then a second will. Later she made a second codicil to the earlier will reviving it and the first codicil. The solicitor draftsman of the second codicil was unaware of the second will. The court found that it was implicit if not expressed that the testatrix intended to revive her earlier will. The express reference in the second codicil to the 1991 will, coupled with the terms of that codicil, varying clause 3.1 of the 1991 will, constituted a clear expression of the testatrix’s intention that the first will, and therefore necessarily the first codicil, were to be revived and the second will revoked.
Where a codicil misrecites the date of the will or of an earlier codicil to which it refers or is described as a second or later codicil when it is in fact the first or an earlier codicil, affidavit evidence by the person who drafted the relevant codicil or some other person who can explain the discrepancy must be filed with the application. In the event of a doubt arising as to what constitutes the testamentary documents to be proved the matter should be referred to a District Judge or Registrar for directions.

Back to Codicils (1) in probate in derby.