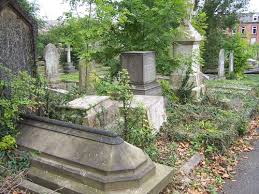 A will can be revoked by the testator, or some other person on the direction of the testator and in the testator’s presence, burning, tearing or otherwise destroying the will. Where the will has only been partially destroyed it will be considered to have been revoked if evidence can be produced to the District Judge or Registrar that it was the testator’s intention wholly to revoke the will. Where it appears that there has been or may have been an attempt at destruction, the District Judge or Registrar will require to be satisfied on the evidence as to the testator’s intentions when it is sought to prove the will or to have it marked ‘Probate refused’.

The mere tearing of a will may not be sufficient to show an intention to revoke. Consideration must be given to the degree of tearing which might be accounted for by other factors, for example the age of the will and where it has been kept. Where parts of the will have been removed, obliterated or erased, the question of partial revocation arises. Where partial revocation can, on evidence, be substantiated, the remainder of the will may be admitted to proof.

There is a general assumption that a will which was known to exist and be in the testator’s custody, but which cannot be found after the testator’s death, has been revoked. It is for those seeking to prove the will to rebut this presumption.